March 9, 2020 By Kink Queens No Comments Posted in Adult Stars 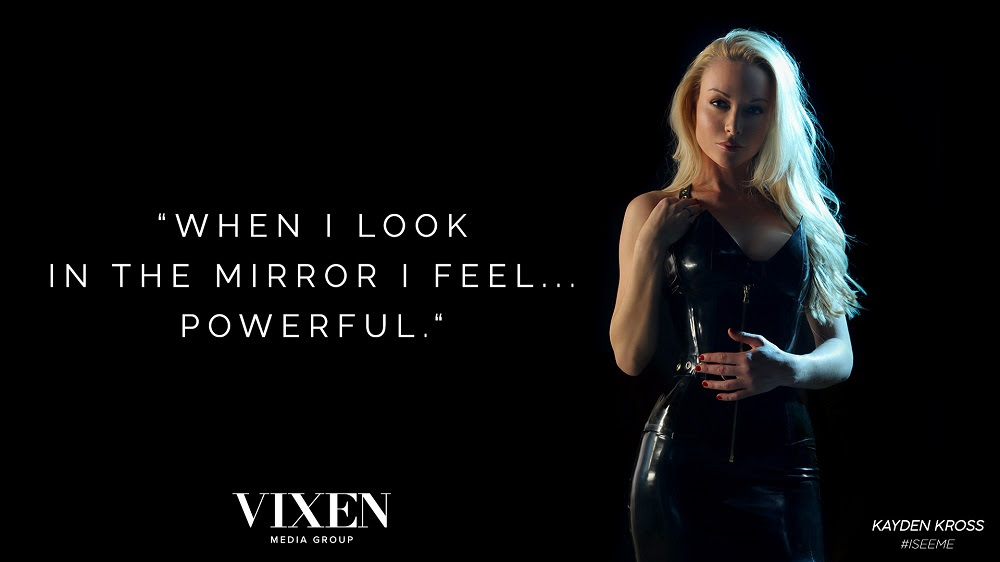 Vixen Media Group, a leader in luxury adult content, today announced it has launched a female empowerment campaign, “Mirror, Mirror” to shatter outdated public perceptions of women in adult entertainment. Vixen Media Group kicked off the campaign through the premier of the “Mirror, Mirror” video on March 8, International Women’s Day. The company will be offering a donation to Pineapple Support – which provides counseling and other services to adult film performers – in conjunction with this Women’s History Month initiative.

The campaign is designed to shatter outdated public perceptions regarding women in adult entertainment and promote a message of self-love and sex positivity. The initiative is complemented by a video that features several of the industry’s most popular female talent and filmmakers in authentic settings reflecting on what they see when they look in the mirror. The women feel “Accomplished,” “Blessed,” “Confident,” and “Strong” among other empowering characteristics rarely associated with industry stars.

Since its inception Vixen Media Group and its innovative studios – Vixen, Blacked, Tushy and Deeper – have been credited with changing the culture’s perception of adult content and promoting the art, beauty and strength of women.

“Vixen Media Group has always held female empowerment, beauty and positive female image close to its core values and it shows in the work,” said Maitland Ward, model, adult film actress, writer and former star of the iconic TV series Boy Meets World. “Among the many misconceptions of the adult entertainment world is that the women of the industry are unhappy, exploited, victims of circumstance, or insecure. We want to show that the opposite is true. This forward-looking campaign emphasizes that society needs to stop judging women for their choices, period.

There is no set way to be a woman and we do not need to fit within a certain mold, and we should spread support and positivity rather than judgment and outdated stereotypes.”

Kayden Kross, adult film actress, writer, and award-winning director noted, “This campaign underscores that more than ever before, women are taking the reins in a highly if not solely, male-dominated industry, from models to directors and producers to business owners and company executives.”

To mark both International Women’s Day and Women’s History Month, Vixen Media Group will make a donation to Pineapple Support in association with the “Mirror Mirror” campaign.

“We are so thankful for Vixen’s generosity, and their ongoing commitment to empowering women in our industry,” said Leya Tanit, founder of Pineapple Support.  “Efforts like theirs not only help raise money for performer services, they also help build a culture of support and respect.”

Be sure to follow Vixen on Twitter and Instagram for regular updates and stay tuned for additional announcements surrounding the campaign. To learn more about Vixen, visit

Pineapple Support was founded in 2018 by Leya Tanit in response to losses in the adult industry from depression, addiction and other mental illnesses. The organization, a registered 501(c)3 non-profit in the United States and a registered charity in the UK, has so far connected nearly 900 adult performers to mental health services, including free and low-cost therapy, counseling, and emotional support.  For more information, visit pineapplesupport.org