Valley of the Fuck Dolls

Kross and Angel conceived and wrote the imaginative storyline together, “playing with the latex fuck doll fetish – a first for Deeper,” said Kross, who launched the specialty imprint through Greg Lansky’s Vixen Media Group earlier this year. “There’s a nice blend between our two styles.” 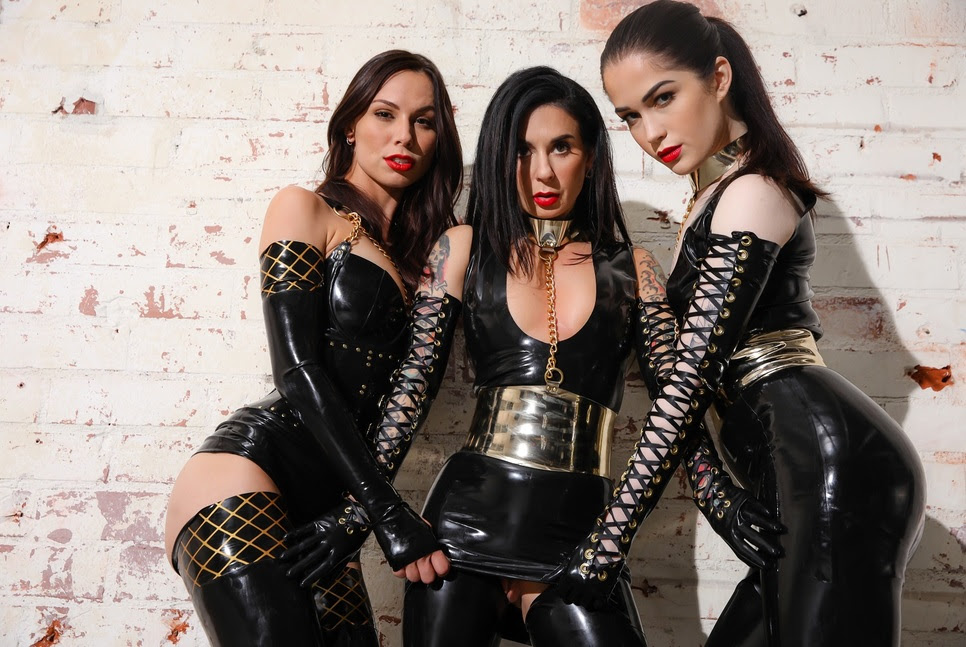 “This was a truly beautiful creation from the minds of myself and Kayden… we put our twisted heads together, combined our resources, our ideas, our passions … and our… um… husbands, and made what I feel is a true visual masterpiece,” said Angel of the series.

“It was an honor to work with Kayden- a close peer of mine in the industry since we signed next to each other at the AEE Expo in 1912 – OK, it was actually 2006. What she has done with Trenchcoat and now Deeper is brilliant, and I’m truly ecstatic to have been able to share a bit of my brain, and my body in this world she’s created.”

Angel added that Valley of the Fuck Dolls “plays with the idea of dominance- and explores the notion of bottoming from the top… it visually tells a tale of women who find an emotional and physical release through being ‘sex dolls’ – it flips around the notion of being objectified and turns it into a source of empowerment.

“This movie It’s a story of love, heartbreak, adultery, threesomes…. and latex. It’s a beautiful story, and I can’t wait to share it.”

The award-winning director writes, produces, and often performs in the provocative scenes that make Deeper one of the most captivating new studio debuts in years. The membership site offers crystal-clear streaming and downloads up to 4K Ultra HD.

Kross looks to a engage and challenge her performers – as well as her fans – in finding a more experimental side of fantasy, and hopes viewers enjoy the multifaceted scenarios that take dominance and surrender to a far Deeper level.

Kayden Kross is a veteran of the adult film industry who has won awards for her work as both a director and performer. A career contract star, Kross was signed to exclusive deals with industry powerhouses Vivid Entertainment, Adam and Eve and Digital Playground before directing and producing on her own alongside her real-life partner and fellow performer Manuel Ferrara. Writing in her off time, Kross’s work has appeared in The New York Times, Salon.com, and in a monthly advice column for Nylon Magazine. In 2015 she co-founded TRENCHCOATx, which was acquired in 2019 by Greg Lansky’s Vixen Media Group – boldly re-emerging as Deeper, filmmaking with a fiercely fresh take on the erotic complexities of human nature.