January 4, 2019 By Kink Queens No Comments Posted in Uncategorized 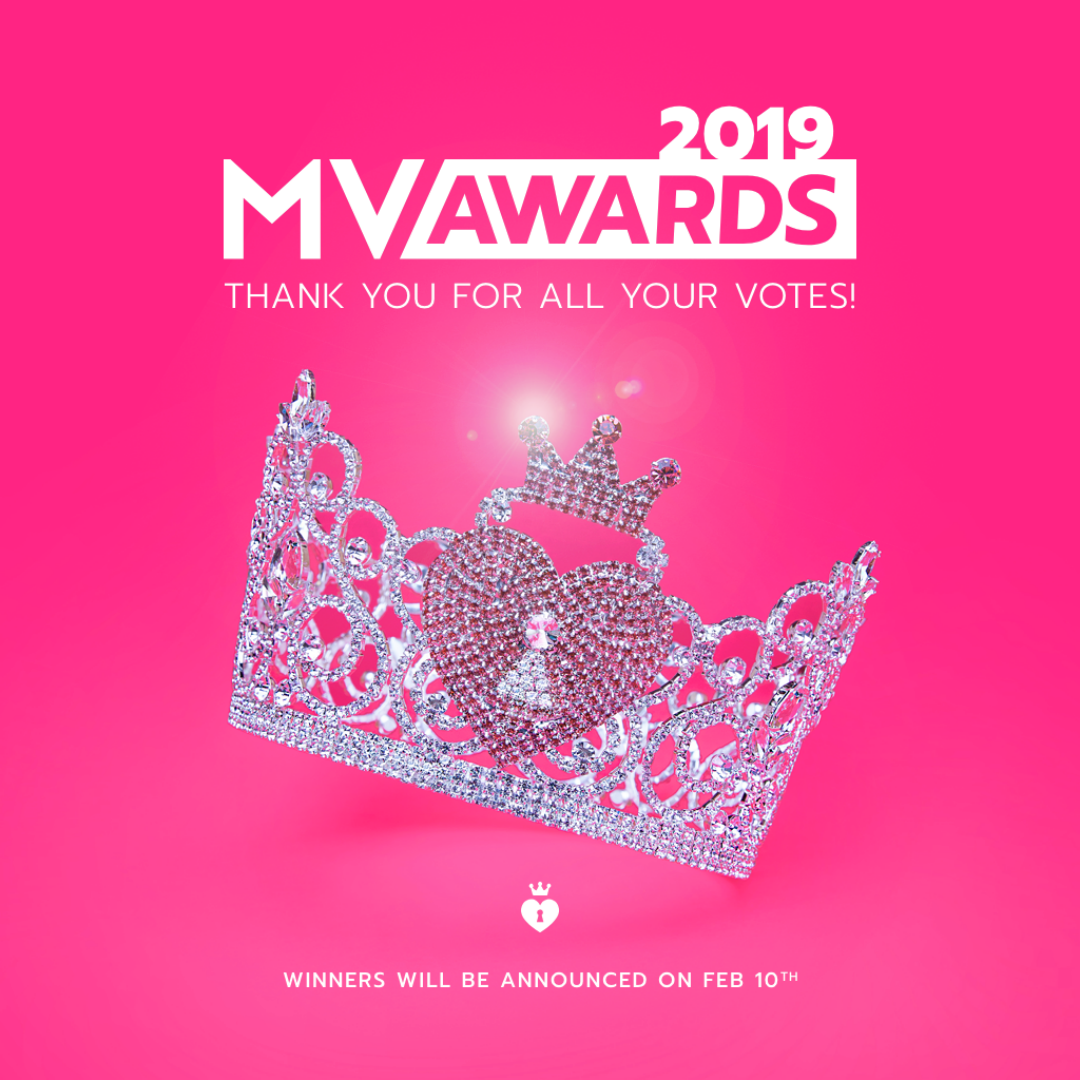 It’s that time of year again, the MV Awards are back!

ManyVids is ready to kick off the 4th annual 2019 MV Awards! Who will you vote for this year? Which MV Stars deserve to be crowned? Entering the MV Awards is an amazing opportunity for incredible exposure as entrants’ pics will be displayed on the awards page for the entire year!

The MV Awards were created to honor our amazing MV Stars who create stunning, groundbreaking, stylish, sexy vids, services, and more, all year round. Thank you to each and every MV Star for being a vital part of ManyVids and for helping us show the world what sex workers are capable of and that together we’re unstoppable.

The MV Awards will be giving back a grand total of $17,000 in cash prizes. Every MV Award winner will receive a $500 cash prize AND an official jeweled MV Crown, as well as an MV Prize Pack that includes MV Gear and an award certificate. On top of that, we will give all MV Award winners an official badge to proudly display on their MV Profiles!

How do the MV Awards work?

Promotion is the key to WINNING!

Hit social media and use your amazing promo skills to the max. Show everyone why YOU deserve to win! Now, without further ado, here are the 34 MV Awards categories for 2019:

1. MV Star of the Year – The most prestigious award of all granted to the #1 MV Star who rocked ManyVids all year long and deserves recognition for it!

4. MV Gay King of the Year – Honors the MV Boy from the Gay community whose content literally rules! All hail the king!

5. MV Trans Queen of the Year – Awarded to the MV Trans Star who embraces themselves with pride and lets nothing stand in the way of happiness!

6. MV Trans King of the Year – Honors the MV Trans FTM Star who RULES with confidence and raw sexuality.

7. MV Producer of the Year – Aaaaaaannnnd…ACTION! Shining a spotlight on the Producer that makes the final cut!

8. MV Profile of the Year – Given to the MV Star whose pretty and polished profile outshines them all!

9. MV Store of the Year – Awarded to the mistress of merchandise, the retail rockstar whose MV Store steals the show!

10. MV Innovator of the Year – Awarded to the MV Star whose creative content and stellar quality stand out among the rest!

11. MV Booty of the Year – Honoring the MV Star who won everyone’s heart with a flawless ass that absolutely deserves to be kissed!

12. MV Boobs of the Year – Hand-picked as the MV Star with the best, juiciest boobs in the entire MV Universe. Everyone wants them but only one girl has ‘em!

14. MV Bush of the Year – Awarded to the star with the greatest pubes in the biz…bush is back!

15. MV Fetish Star of the Year – Granted to the most open-minded MV Star who explores your deepest, darkest fantasies with you!

16. MV Domme of the Year – Presented to the iron-fisted mistress with the most devoted worshippers. She’s guaranteed to make her fans beg for more.

17. MV Submissive of the Year – Awarded to the most loyal and obedient submissive who leaves you satisfied and wanting to dominate again and again.

18. MV Alt-Star of the Year – Bestowed upon the alternative star who brings their unique & tattooed look, edgy style, and perspective, to their content.

20. MV Rising Star of the Year – Given to the MV Star who has been on MV for over 6 months and has bloomed the most and will continue to thrive! The one to watch!

21. MV New Cummer of the Year – Fresh on MV! Someone who has been an MV Star for less than 6 months, but their success is skyrocketing! (The 6–month period will be calculated as of the launch date of your first vid).

22. MV Social Media Influencer of the Year – Granted to the MV Star who shamelessly promotes their MV Profile all over the internet and kills it with their social media.

23. MV Miss Congeniality of the Year – Presented to the friendliest face in the MV Community. Someone who is warm, welcoming and supportive of other MV Stars!

25. MV Squirt Star of the Year – A wet & wild award presented to the juiciest, ripest peach around who likes getting messy!

26. MV Trendsetter of the Year – Conferred upon the creative trailblazer whose originality inspires the entire MV Community to reach new heights.

27. MV Cosplayer of the Year – Honors the MV Star who loves to dress up and applies both passion and creativity to every detail of their roleplay costumes.

28. MV Gamer of the Year – It’s a hobby with hotties and this award recognizes the MV Gamer who combines passion, sex appeal, and mad skills.

30. MV Girl Vid of the Year – Hit the replay button! An award honoring the MV Star who had all eyes on their one-of-a-kind vid! (Nominated Vids are pre-selected based on the most popular vids that have been uploaded in 2018).

31. MV Boy Vid of the Year – Hit the replay button! An award honoring the MV Boy who had all eyes on their one-of-a-kind vid! (Nominated Vids are pre-selected based on the most popular vids that have been uploaded in 2018).

32. MV Trans Vid of the Year – Hit the replay button! An award honoring the MV Trans Star with all eyes on their one-of-a-kind vid! (Nominated Vids are pre-selected based on the most popular vids that have been uploaded in 2018).

33. MV Producer Vid of the Year – Hit the replay button! An award honoring the MV Producer with all eyes on their one-of-a-kind vid! (Nominated Vids are pre-selected based on the most popular vids that have been uploaded in 2018).

34. Bonus category: MV Team Choice Award – Given to an MV Star who entered one of the 33 award categories but did not win. MV thinks you, your MV Profile, your vids, and your effort are worth some recognition!

Good luck to all MV Stars!