May 15, 2019 By Kink Queens No Comments Posted in Adult Stars

1. That it is OK to call a sex worker who provides full service a prostitute

Peter: Do you have sex with these people?

Mistress May: No, I’m a Domme. Not a prostitute. Not that there is anything wrong with that.

You know what is “wrong with that”? As sex workers, we are already marginalised by society. In this day and age, there is only one socially acceptable time to use the word “prostitute” and that is when it is a technical term to define law. Sex workers are generally open minded and supportive of each other’s differences from exotic dancers, porn stars, cam girls, escorts and most other forms of the adult industry. Using the word prostitute to describe an escort who offers full sex is incredibly demeaning and further perpetuates The Whorearchy – a negative and outdated societal attitude. She might as well have spat the word “hooker” in disgust. Although it is apparent that the writers were trying to give this story a modern day, positive feminist angle with a #MeToo narrative woven within the sub-plot, they missed the mark with this slut-shaming comment. Ironic, not to mention incongruous in the following episode when Mistress May refers to herself as a “full service fetish provider” which is exactly how an escort providing light domination would describe themselves.

Indeed, Mistress May is confused. By the last eposide she says “we’re practically prostitutes”.

2.  That Professional Dominatrices walk around in public in full fetish ware

We’re not going to show up to your hotel room in sweat pants and sneakers, but we’re not likely to show up in thigh high boots either. 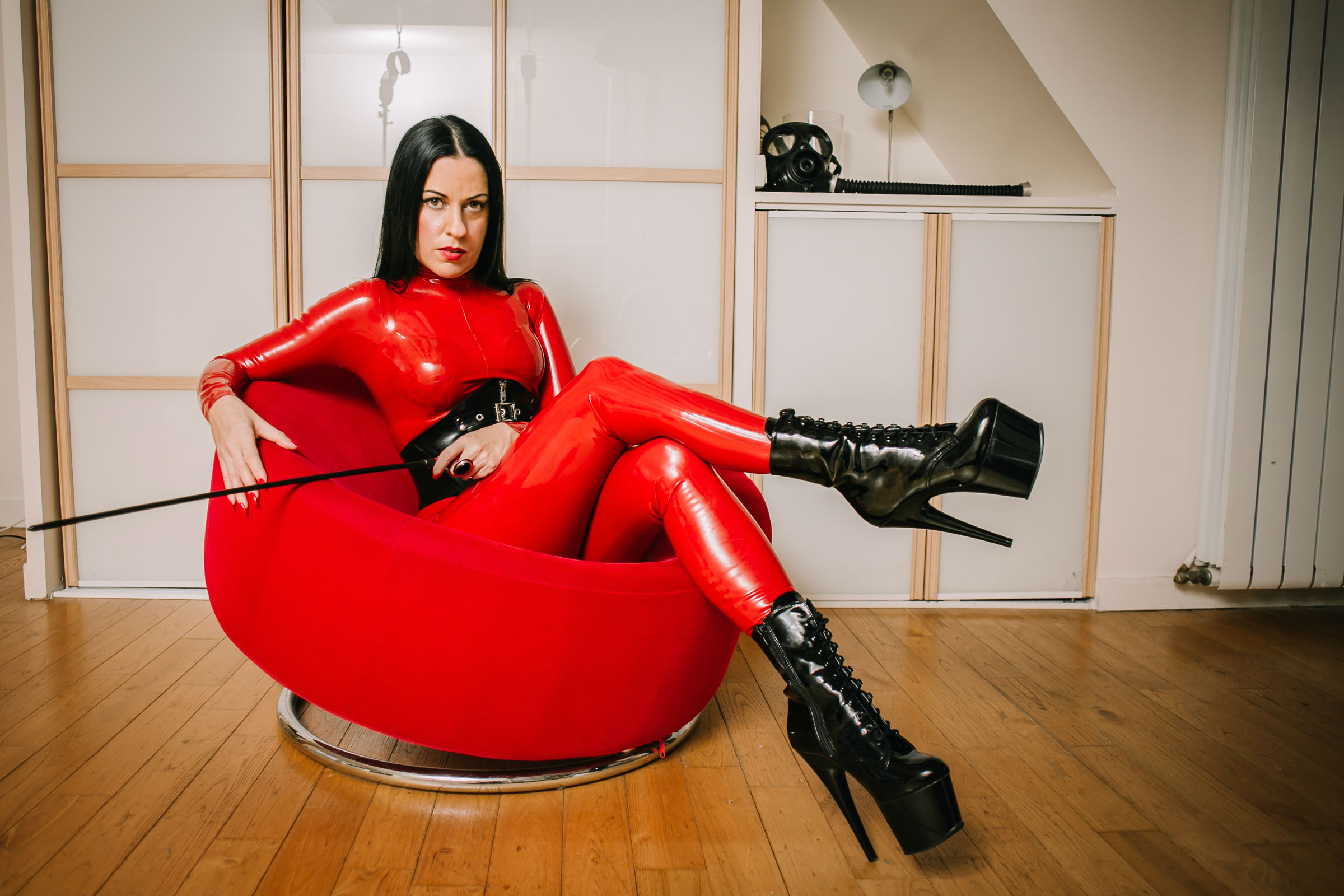 3.  That all of a Dominatrix’s clients are freaks and lunatics

While a lot of our practices may be seen as strange or extreme to the outside world, most of us offer a little something for every one’s tastes. Our clients come from every walk of life imaginable. From the higher echelons of society such as celebrities, politicians and multi-millionaires to the average Joe who builds houses for a living. What they all have in common is an interest in kink or fetish (whatever that may be to the individual) and an urge to act on it. A session with a Dominatrix can be cathartic and after communicating preferences and limitations, provided that the service seeker and service provider are compatible, almost anything goes! While yes, I have been involved in some  bizarre scenarios and activities over the years, ultimately what the client is coming to me for is a safe and non-judgemental space to act on these fantasies as a form of escape. When the agreed time is up, they shower and leave with a smile on their face. How the series portrayed Mistress May’s clientèle to be however, was a heavy rotation of mentally deranged freaks and ill adjusted lunatics. This image is unrepresentative of the vast majority and promotes another clichéd stereotype that a Dominatrix’s clients are all misfits and could instil shame in someone who is kink-curious but hasn’t yet made the plunge.

I had one of my favourite clients, a very well adjusted professional man proof read this. He too was mortified by the show’s portrayal.

4. That Dominatrices are nasty people

Tearing someone down in order to big yourself up is never cool in any walk of life.

While there is no regulated body or accreditation an aspiring Domina can gain, if she is lucky enough, she will find an experienced Domina to mentor her (but should also expect to pay for this training). Thanks to social media over the last decade, we became a small but tight knit international community, but even that takes years of hard graft to build a solid reputation. Ever since SESTA/FOSTA, a bill in America passed last year, sex work has been conflated with sex trafficking making it even more difficult to a make a living in an already highly stigmatised profession. Also with changes to regulations and algorithms on social media, most sex workers, myself included are shadow banned – or even deleted without warning. To make serious money at this racket, you will have to invest a lot of time, not to mention the tens of thousands of dollars/pounds you will spend over the years on implements, outfits, marketing and rental space.

Note to aspiring Dominas: if you’re not in it for the long haul, don’t quit your day job.

I strongly suggest you google these terms. Hell knows no one in BONDiNG did. 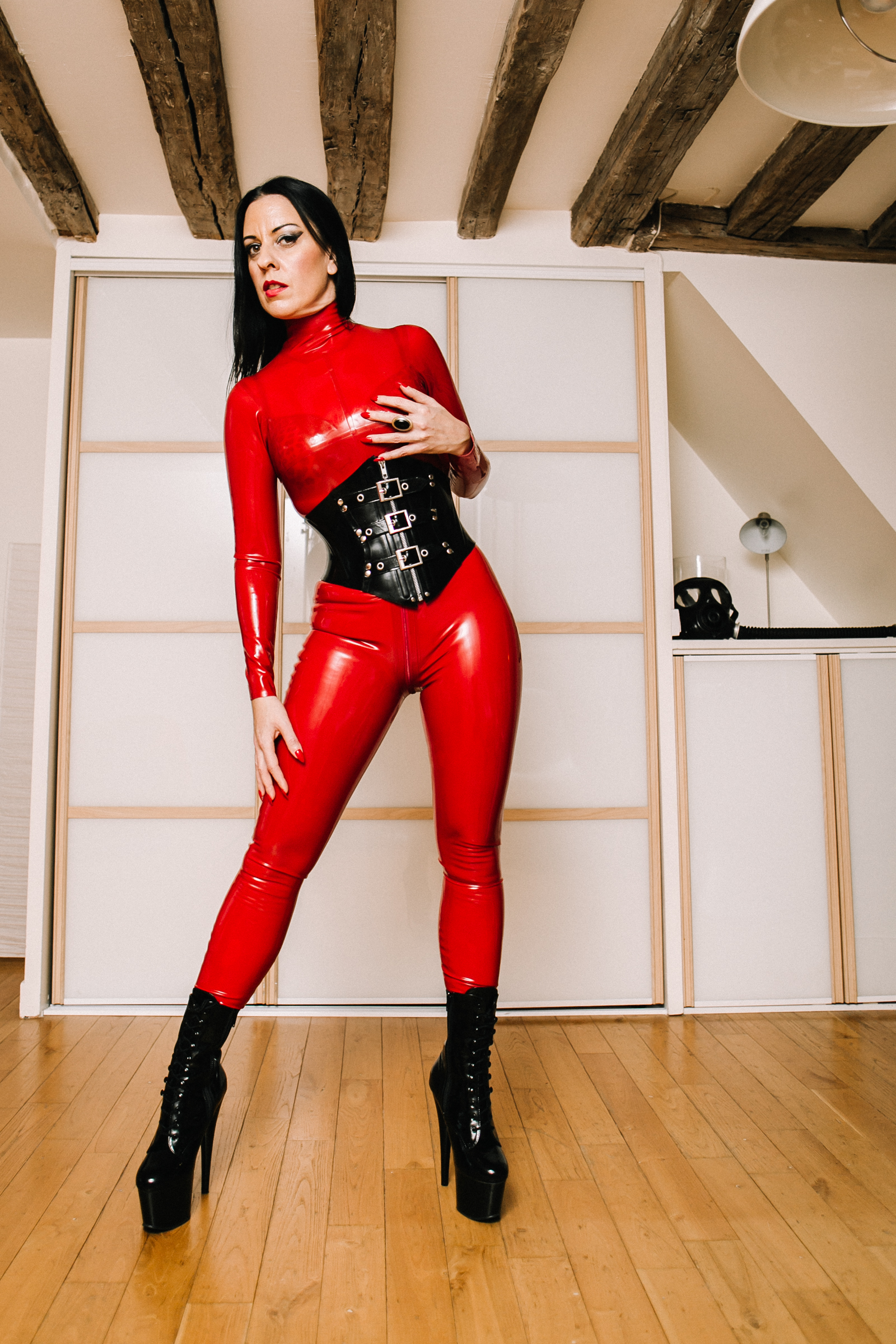 7. That it is OK to tie someone up in bondage and leave them unattended

Has anyone ever heard the expression “learning the ropes”? Because it’s quite obvious no one on the production team did.

Rope bondage is a beautiful art form but also exceedingly technical facet of BDSM. One would think that a programme called BONDiNG would at least put the actors through basic rope training or teach them a few rudimentary knots. This part of the series lacks integrity and from my point of view looks rushed and simply glazed over. Its as if they threw a rope at the actress and said “here, just tie him up”. Bad bondage can result in nerve damage and in extreme cases this can be permanent. On most occasions, Mistress May uses sloppy rope work but also leaves Carter to fend for himself while another time, Carter ties the rope around her neck like a noose.

Leaving someone unattended during rope bondage is not only irresponsible, it can have serious consequences. Not only physically but mentally as well. For anyone new to this but interested, there are a lot of resources out there on safety and I strongly suggest you read up on it before engaging. Why the creators of this programme didn’t think of that beggars belief.

As someone who has seen what bad bondage can do, this left my skin crawling. Play it safe!

8. That Dominatrices are irresponsible and don’t care about our clients’ safety

These are a just a few examples where the Dominatrix is portrayed as reckless and irresponsible. We are not all walking around in a narcissistic bubble of angst looking to take our frustrations out on the next male we encounter. Over the years, I have built long term D/s relationships with some of my clients and although I make some of them bleed and others cry, I can honestly say that I love my subjects and feel very maternal towards them. Everything I do is done within agreed boundaries and more importantly the use of the “SAFE WORD” is there for a reason.

We do care, we are responsible and that’s why we disapprove of this misrepresentation.

9. That being rude makes one Dominant

Mistress May has a consultation with upper class housewife Daphne to fulfil one of her husband’s fantasies. Let’s stop right there. We need to talk about consent and boundaries again. How can a Dominatrix truly understand if the third party involved is being coerced? How can she understand if this is something the third party would agree to? What a nasty surprise it could be if this was real life, rather than fiction. Most Dominatrices I know, myself included don’t do house calls (unless they feel safe to do so) let alone to force themselves on an unsuspecting spouse. Consent, as mentioned previously, is the cornerstone to our operations and not something we take lightly. In the past I have been contacted to “surprise” an unsuspecting groom at his stag/bachelor party by someone who wanted Me to tie him be to a chair and whip him. Dominatrices are not novelties. Nor are we completely void of morals.

No, you can’t hire Me to pop out of a cake in a latex catsuit and whip your little brother for his birthday.

11.  That all Dominatrices are angry all the time

Generally speaking, not true. But after watching BONDiNG, as a community, we certainly are now.

We are not all man hating extreme feminists with daddy issues. But Rightor Doyle and his team at Netflix best believe that they have stirred up the hornet’s nest.

Yes, I should visit Paris, the fares from the US are very reasonable.