October 17, 2019 By Kink Queens No Comments Posted in Adult Toys 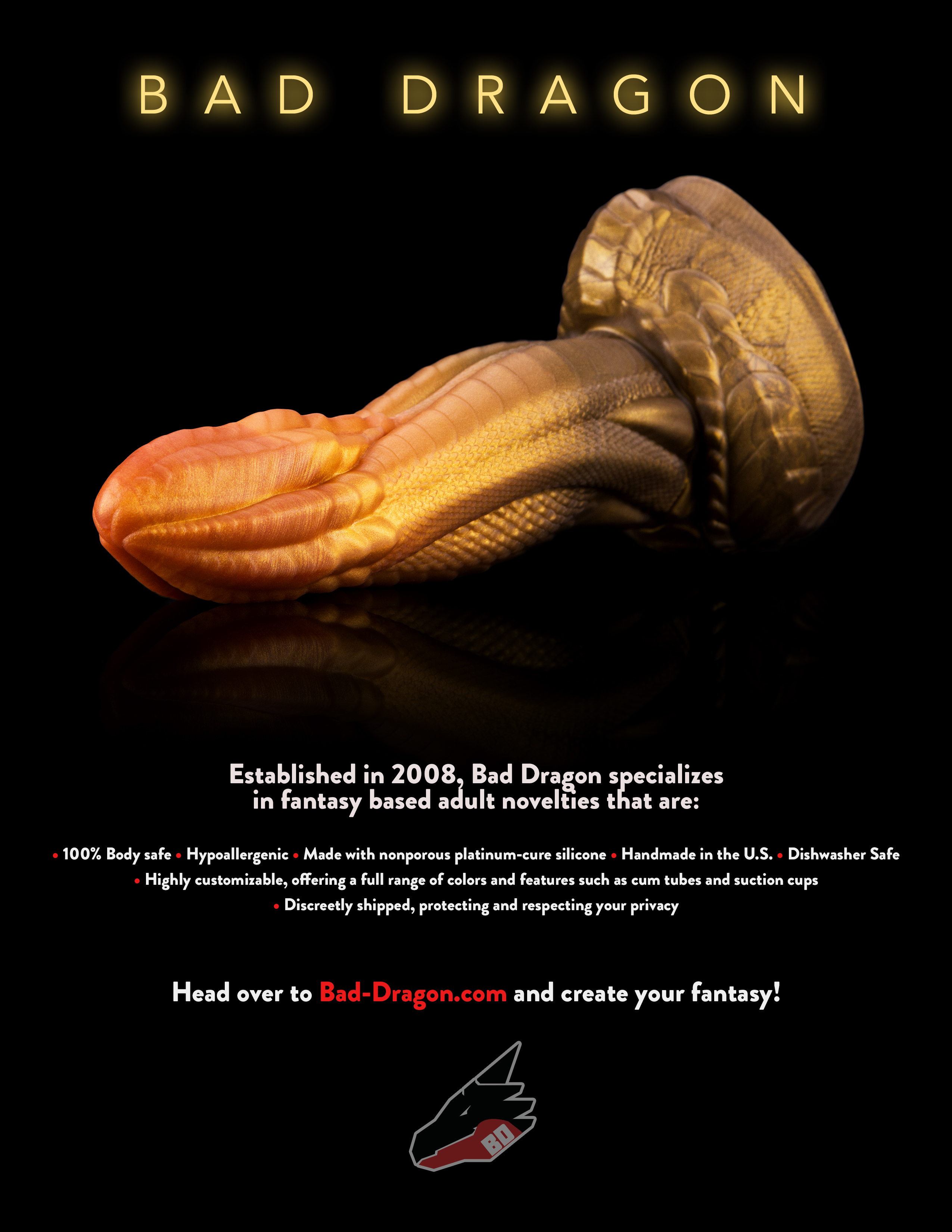 In just over a decade, Bad Dragon Toys has distinguished themselves as not just a sex industry innovator in the fantasy toys marketplace. Rather, they have evolved into a lifestyle brand brilliantly occupying the space between whimsy and progression. Now entrenched as a leader in their niche market, they are now well poised to emerge as a mainstream sex toy business disruptor. How a left of center-leaning company known for making imagery more in tune with Game of Thrones dragons and Marvel film villains into pleasure products becomes a player in an open-minded field already filled with rabbits and vegetables is a wild, yet sustainable story worth telling. One conversation at the jam-packed Bad Dragon booth at 2019’s Sex Expo in Brooklyn, New York with Bad Dragon Toys’ Convention Manager Drey Moustakas later, and a custom-crafted, enthusiastic, and fantasy-fulfilled future seems possible and ideal.

“We cater a lot to alt fetishists, ‘furry’ fandom, and where those intersect with popular culture. We don’t limit ourselves,” Moustakas notes. The company markets 150 different product models that come in five different shapes and sizes, plus different textures and firmnesses. Endless possibilities as far as coloring, looks, and feels are also intrinsic to the brand. Moustakas offers, “[w]e’re diving into all avenues. There’s a lot of trial and error. We’re also looking at video games and movies. Marvel, Game of Thrones, Disney, whatever it is, we’re willing to try to innovate something. Generally, Bad Dragon is always trying to stay a step ahead.”

“When I was in production, we were making one or two toys at a time, seven-to-ten toys a week. Now we’re expanding and hiring more people, we can likely make more. As long as people’s imagination and creativity are present and demanding innovation, we’re always making new toys.” Moustakas excitedly continues, “I had a hand in the creation of the Spitfire.” The toy being referenced is described by the company as “a fantastic toy for beginners and experienced users alike, especially for those looking for different angles of play while riding, playing with others, or just penetration in general.” For those less aware, it looks like a moderately thick penis that could be attached to an ogre of some sort from a far less child-friendly version of the film Shrek. “While I was working in production for the company, I created the purple and gold coloring option. When we started making those colorings, we had a new product that I got to experiment with in that part of the crafting process. We have marketing and research and development teams, but even then, so much of this is tied to the inventive nature of our consumers and product makers, too. Nothing is an ‘accident,’ and everything is a possibility.”

In regards to the reasons behind Bad Dragon’s current success, and to how the brand can continue to remain on top of the heap, Moustakas’ answer shows both the company’s well established excitement, and offers a next level to their explorative concept. “We market our toys well, we stay open minded, and we’re always aiming to change and stay ahead of the game. Every toy has its own set of reactions, and because these toys are made-to-order and unique to personal specification, there’s oftentimes an undeniable instant gratification. That’s the beauty of it. Each reaction goes down its own avenue to a different emotional place. We have unicorns, orcs, horses, everything. All of those already have connections with people’s fantasies.” And here’s the dramatic kicker. “Even further, we’re absolutely even looking into where technology intersects with what we’re doing, too. I can’t say too much, but what I will say is that Bad Dragon is definitely keeping up with technology, we’re testing some stuff out, and we have plans for 2020 and 2021!”