March 30, 2020 By Kink Queens No Comments Posted in Uncategorized 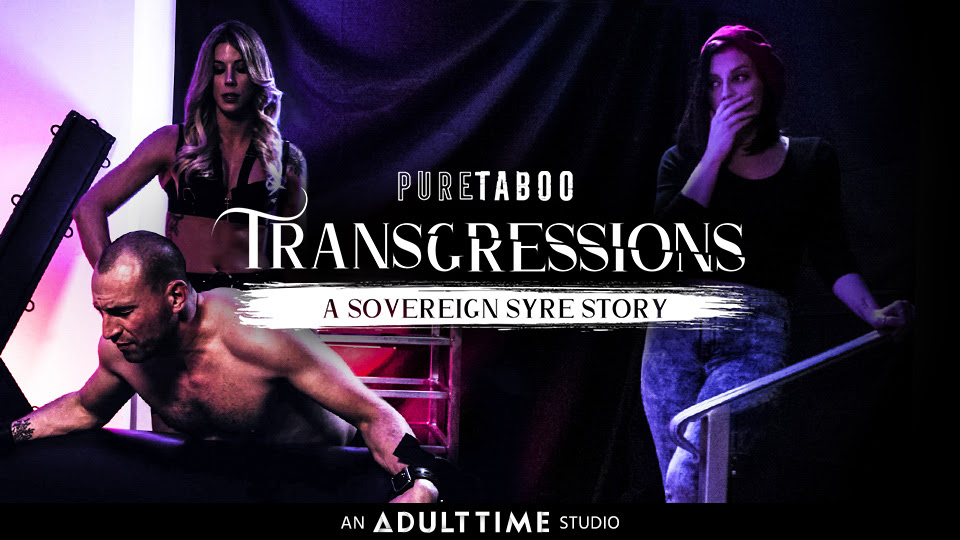 Syre conceived and wrote the disquieting script about an unhappily married woman who bears the emotional weight of a cold, cruel husband (Stirling Cooper), an achingly complicated relationship with her best friend (Casey Kisses) and the destruction of trust beyond redemption.

The star added that she’s “really grateful to Joanna Angel, who is an amazing director and writer; she transformed my treatment into a polished script that was exactly what I wanted to portray. I love working with Joanna’s crew, specifically Mike Quasar… I really like the way he shoots sex.”

Of her co-stars, Syre added that “Stirling is someone I thought represented the perfect ideal of masculinity, and was someone that I really wanted to have from Day One. Casey is a passionate sex performer and generous in what she gave to me as an actress.

The trailer and full scene for Transgressions: A Sovereign Syre Story are available at PureTaboo.com and the dedicated channel on the Adult Time platform at AdultTime.com, home to the most extensive catalog of award-winning content – with access to over 200 channels and 60,000 episodes in one subscription.

Launched in September 2017, Pure Taboo is the leading taboo erotica studio in adult, including over 200 featurette episodes available on the Adult Time platform.  Created by award-winning filmmaker Bree Mills and promoting the tagline ‘some taboos are meant to be broken’, Pure Taboo features the most popular and up-and-coming performers in adult today, challenging themselves to bring acting and sexual performances in a way viewers have never seen before.

Launched in 2018, Adult Time is a streaming service exclusively for adults.  Created by award-winning filmmaker Bree Mills, who also serves as Chief Creative Officer, Adult Time is a platform built by fans who believe in a future where mature audiences can safely, securely, and proudly have a place in their lineup for `premium adult content.